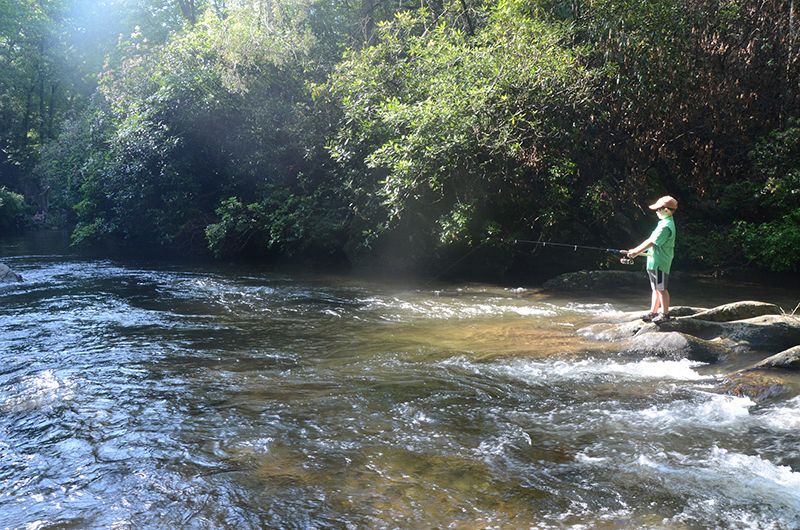 Proposed changes to the Clean Water Act put our fishing, hunting, and other outdoor interests at risk.

The Chattahoochee River serves as Atlanta’s lifeblood and provides drinking water for more than four million people in the metro area. Sportsmen and women also know that the river is home to some of the best fishing in the state. In fact, the largest brown trout ever caught in Georgia came from the ‘Hooch.’

This iconic river is also an economic powerhouse for the region. In 2016, 2.7 million people visited the Chattahoochee River National Recreation Area, supporting 1,841 jobs and generating $166.7 million in consumer spending.

Every river in Georgia has a similar story. Anglers fish them, outdoor enthusiasts paddle them, and many of us drink from them. Cities were started on their banks. Communities and wildlife depend upon them. They all enrich our lives and provide prosperity for our state.

These are some of the many reasons why we need to do everything possible to keep our rivers clean. Recent action by the U.S. Environmental Protection Agency, however, may put some of these headwater sources, along with our outdoor traditions and local economies, at risk.

What did the EPA propose?

On December 11, the EPA proposed a new rule that would change some of the Clean Water Act protections that had been passed in 2015.  The CWA was originally passed in 1972 and, as is usually the case with legislation like this, it had been changed through time by interpretation and court cases. Most believe the CWA needed an update, but some believe the 2015 changes went too far. What is incontrovertible is that our fishing, our wildlife, and our drinking water sources depend upon healthy water systems that include clean, protected headwater streams and wetlands that feed into them.

Rather than simply repealing the 2015 changes, we must find mechanisms to protect our hunting, fishing, outdoor recreation and drinking water AND the interests of farmers, foresters and responsible developers.

These small streams and wetlands provide important spawning or nursery habitats not just for juvenile fish that could one day grow into another state-record, but for much of our wildlife that makes Georgia such a special place. Healthy headwater streams can slow the input of runoff and sedimentation that can threaten spawning habitat for trout and other species.

How can sportsmen and women get involved in a positive way?

Sportsmen and women can influence the rules that affect the waters we all know and use for many purposes. Public comments will be accepted until April 15, 2019. If you appreciate the Chattahoochee and our other rivers, if you value all the benefits of abundant access to outdoor recreation, if you are concerned about clean drinking water, consider speaking up for our rivers now.

Doing the right thing for fish, wildlife, and clean water starts upstream—and remember, we are all downstream from someone.